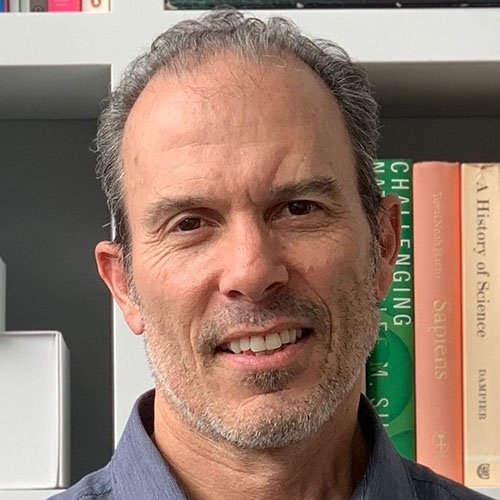 Anthony L. Almada has worked in the natural products industry since 1975. He performed his undergraduate training in Physiology with a minor in Nutritional biochemistry at the University of California, Irvine and California State University, Long Beach. He obtained his Masters degree in Nutritional Sciences at UC Berkeley, completing a research thesis in antioxidant and exercise biochemistry.

In 1990 he created the “thermogenic” category of dietary supplements, which now represents a significant category of “weight/fat loss” dietary supplement sales in North America. In 1992 he co-founded EAS, which pioneered creatine monohydrate and evidence-based performance nutrition in North America. He led the company’s university research program that completed over 15 university-based clinical studies in the first 3 years of the company’s history, and yielding 2 patents.

In 2004 pharmaceutical/medical foods company Abbott/Ross purchased EAS for $324M. After selling EAS Anthony then co-founded a medical food company focused on the prevention of HIV-associated wasting. He has collaborated on over 95 university and private research nutrition intervention clinical trials. Anthony is the founder of IMAGINutrition, Inc., a think tank focusing on intellectual properties, clinical research, and science-driven media in the dietary supplement, cosmeceutical, nutricosmetic, medical food, and food sectors.

Anthony is the President and CEO of GENr8, Inc., exclusive marketers of a patented, university validated, sugar-free carbohydrate (Vitargo), and a spin out of a top 75 global university. He is the cofounder and president of Fein Innovations, LLC, marketers of an all natural, non-caloric, taste-free energy drink mix, employing direct response TV and satellite radio marketing.

Anthony is the co-founder and vice-president of Fierce Foods, Inc., innovators and marketers of a functional food bar to hunters and anglers. Anthony has been quoted in the New York Times, the Los Angeles Times, Business Week, Forbes, and several regional dailies, and is on several trade, consumer, and professional scientific journal editorial boards. He was a member of the Research Panel of the US Federal Trade Commission’s “Deception in Weight Loss Advertising Workshop” in 2002, and has appeared on CNBC TV. He is the 2009 recipient of the “Efforts on Behalf of the Industry” award from Nutrition Business Journal.